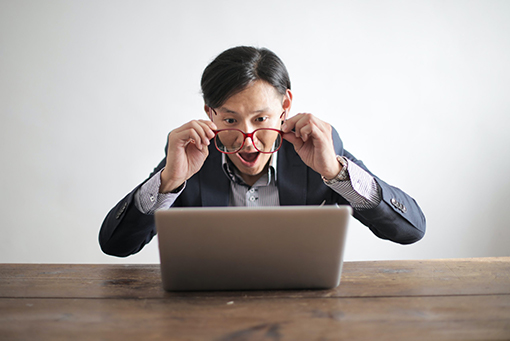 The average Brit sees more than 5,000 adverts every single day. So business buyers – and remember, they are those same people at work as after they’ve closed their laptop – aren’t so interested in being sold to.

That’s why the best B2B marketing tells a story. A story of personal, human experiences your audience can relate to.

Whatever your business does, there’s a good story in it. The job for a marketer, brand journalist or content creation agency is to bring out that story and sell it to your audience. We asked Rhiane Kirkby, content & media consultant and former BBC programme editor, how that’s done best.

So, what makes for a powerful B2B story, Rhiane? 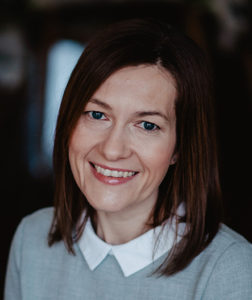 “It’s easy to forget, when you’re creating business to business content, that you’re talking to people. Stories that convey emotion are by far the most powerful, and they’re the ones that are likely to win business.

“You may think the purpose of your content is to sell a service or a product, but you should also use every single word to sell yourself. Tell your customers what you do, what makes you tick and why they should connect with you.

“Build a strong personal relationship and the rest will follow. Of course, as a customer I want to know about your product or service, but what I’m really interested in is how you got to this point. Ditching the day job on a whim, taking out scary bank loan after scary bank loan and the feeling you got when that first investor said ‘yes’.

“Your story is the one potential clients want and need to read, so be open, be personal and be prepared to be different. Far too much B2B content sounds like a mission statement or an elevator pitch. Your story and the language you use to tell it should stand out. Attract attention, be inspirational, show passion, commitment and flair – but above all – be human.” 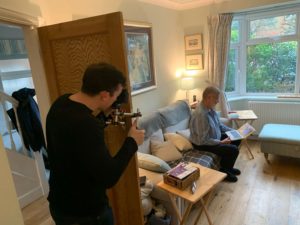 What about businesses with a complex or technical message? How might they make their narrative simple and compelling?

“Be clear, concise and captivating. If there’s one mantra I want my journalism students to take away from their course – it’s that. In theory, the 3 C’s are easy, they’re a little harder to put into practice.

“So, try this. If you have a complex message to share – think about how you’d explain it to a friend over a drink. And do just that. Cut out the jargon, get rid of the in-house language and make it simple. Remember you live and breathe this every single day, your target audience may not. They should understand your messaging immediately.

“If they need to ask questions or read over it again then I’m sorry to say you’ve failed. As a programme editor on Newsround it was my job to explain complex issues to children. No mean feat, but one I achieved not by dumbing things down, but by understanding my audience and being able to relate to them. If you know who you’re talking to – then it’s much easier to have a ‘conversation’ with them. If your message is complex, then why not break it down into chunks?

“Or, even better, make comparisons with things that are commonplace in everyday life. In my Newsround days a coalition government became a football match with players from both sides joining the same team. Difficult subject easily explained. 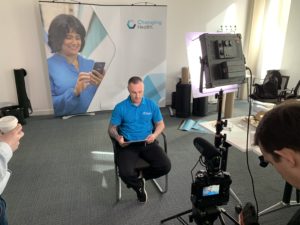 “Think about length too. In this time-poor world you need to hit people with your message. Think sledgehammer, rather than chisel! Get straight to your point and make it obvious. Keep sentences short and their structure simple.

“And finally, make your content compelling. The story you’re telling may be complex, but the language doesn’t have to be. Would you want to read what you’ve written? Would it interest you and keep you engaged until the very last word? That’s your aim.

Could you give me an example of your own approach to B2B storytelling and the results it achieved?

“When I agreed to write a pitch deck for an eco-building company, I have to admit I wondered whether I’d bitten off more than I could chew. In my panic came the realisation that my love of Phil and Kirsty and my slight obsession with Rightmove didn’t quite equip me with an in-depth knowledge of smart technology housebuilding. How, then, was I going to convince investors that this was the company they should invest in? 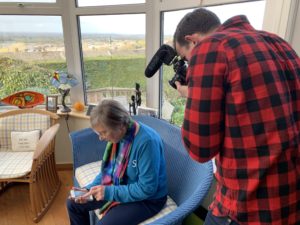 “I absorbed the company credentials and wowed at the amazing things they were doing. I learnt about air tightness, smart intelligence and NET Zero and I prepared myself to wax lyrical about their passion for their sustainability cause. I had more information than I knew what to do with and was drowning in content, but, unlike me, I was completely lost for words.

“Then it came to me. This company wasn’t investable because of its carbon footprint or its plans to single-handedly solve the UK’s housing crisis or tackle poverty on a global scale. Those things were obviously key, but the thing that made this company stand out and completely and utterly investable was its people.

“The CEO was young and driven and had an insatiable passion for his cause. Brought up in cold, damp, rotting council houses he was determined to make things better and was doing just that. He cared about people and the planet and his story was one you really should read. So, the pitch deck became less about targets and profits, technologies and air tightness and more, much more, about people. And that (according to the board) was what won investors over, time and time again.” 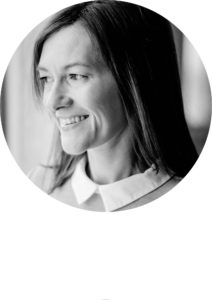 Rhiane Kirkby founded her content and media consultancy after spending fifteen years at the BBC. As a programme editor on shows such as BBC Breakfast, Newsround and BBC London she witnessed first-hand historic moments such as the inauguration of President Obama and reported on some of the biggest news stories of the 21st century.  As well as creating a Match of the Day for children, Rhiane wrote scripts and produced content for some of the world’s most respected journalists, presenters and production teams. Through them she discovered the real power of words and their ability to connect, spark emotion and entertain.

In her BBC days she learnt how to film, edit, direct programmes, work in
hostile environments, broadcast live radio, produce online content and create a new programme from scratch. She now puts those skills to good use helping businesses find the true value of their words and a way to connect with their audiences.